Thanks to John H. for this wonderful story about his father and their shared love of the game.

For one of my early teenage birthdays, my dad bought me tickets to see the LA Kings at the Washington Capitals. This was a nod to all the times we rushed from the dinner table to the living room to play NHL on SEGA. I was always the Kings, and he was always the Caps (and I almost always beat him). In hindsight, I understand the intended sentiment. But in the moment, all I could think about was "I get to see GRETZKY?!?!"

I'm the middle of three kids. It was a rare experience to get to do something alone with either of my parents. So one might understand if I expected an evening of bonding, talking, listening, sharing. But from the moment the puck dropped, he basically didn't say a word. At first, I didn't think much of it. But some time after the second intermission, I started wondering if something was wrong. Maybe he felt I wasn't sufficiently appreciative. Maybe he was remorseful that he spent too much. Maybe he'd rather be watching the game alone?

Gretzky helped distract from that nagging feeling. He was amazing that night - the best player on the ice by a margin that almost felt unfair. In my memory, he chalked up four assists (I'll never go to Hockey Reference to prove it on the off chance that my recollection is more myth than reality). I understood I was witnessing something I would probably remember for the rest of my life.

With about five minutes left in the third period, my dad turned to me suddenly and said "I don't want this game to end." More than anything, it was how he said it that mattered. It wasn't a platitude. He wasn't trying to say what I wanted to hear. In that moment, I realized he was just as in awe of the experience as I was. He wasn't just taking me to a hockey game as a gift to me. This was something he wanted to do - an experience he wanted to share with me because I was the only person in his life that would get it. And in that moment, the prevailing feeling he had was disappointment that we couldn't somehow cram more hockey into the evening. It was exactly how I felt.

That wasn't the first hockey game I attended. And I've been to hundreds of games with my dad since that evening, all Caps games. We got the chance to see Gretzky play a few more times when the Rangers were in town. We've seen current and future Hall of Famers. We've been in the seats for a few dozen goals from the guy who may eventually break the Great One's career goals record. I even got to run on the ice dressed as a giant puck for a chance to win airplane tickets during intermission (I lost). The best hockey moments in my life can only compete for second place to the night I got to see Gretzky with my Dad.

That night, we went from being guys who watch hockey on TV together to guys who go to hockey games together - all because we didn't want that first night to end. Now, John is excited to make special memories with his own son.

Back to Fan Stories

The product was great and shipping fast! I had an issue with the address and delivery, but Shawn took care of it and got me a new order going with the correct information. Thanks for a great experience! 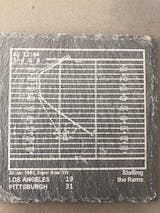 I would not recommend buying these. I received horrible print quality and when I reached out to resolve the issue, I didn’t receive and responses. I ended up filing a complaint with my CC company to get the issue resolved. 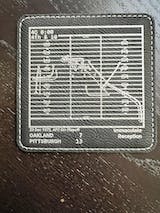