It’s been described as “The Greatest Day in Bruins History” - the day that ended a 39-year championship drought for one of the most successful franchises in North American sports.

For the 10th anniversary of Boston’s big day, let’s take a deep dive on the run that brought a championship back to Boston Garden.

The regular season was highlighted by the play of goalie Tim Thomas, who began the season as a backup but secured the starting spot and helped the team tie the league lead with 11 shutouts.

Boston won their division for the second time in three seasons, finishing third in the east, and began the playoffs against archrival Montreal.

The series began disastrously for Boston, losing the first two games. Coming back from what is now known as “the most dangerous lead in hockey,” the team won Game 7 on an overtime goal from wing Nathan Horton.

In the next round, Boston swept a Philadelphia team who had come back from a 3-0 deficit to eliminate them the previous year. In the conference final, they moved past a strong Tampa Bay team in seven games.

Making their first appearance in the championship round since 1990, Boston faced a high-powered Vancouver offense that led the league in points during the regular season. 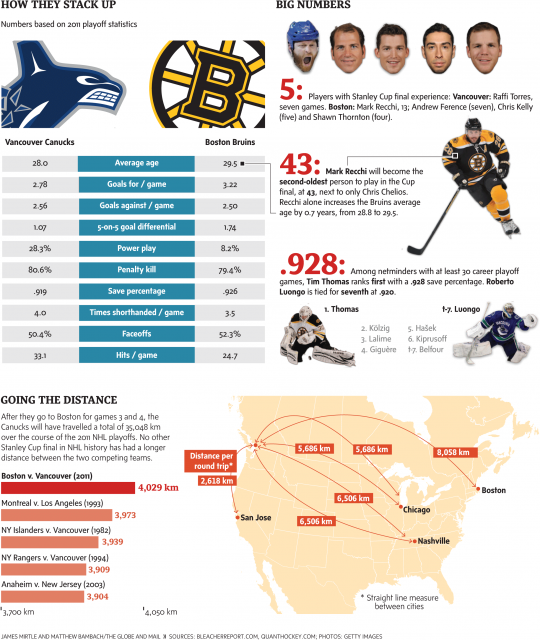 Despite the stalwart play of Thomas in goal, Boston quickly trailed two games to none for the second time in the postseason. They managed to win a pivotal Game 3, but lost Horton for the series due to injury.

The loss of Horton propelled the team to two lopsided victories, while Vancouver would recover and win Game 5. Boston responded in Game 6, scoring two opening goals just 35 seconds apart to help force a deciding Game 7, the third that the team had faced this postseason.

Before the game, Horton allegedly poured a bottle of water onto the Vancouver ice and told his teammates in the locker room, “it’s our ice now.” Fourteen minutes into the game Brad Marchand weaved in and out of defenders and passed to Patrice Bergeron, who had maneuvered in front of the goal. Bergeron hit the puck into the left corner for the first goal. Boston went on to score three more goals to win the game and bring home their 6th Stanley Cup and first in 39 years.

Following the final, Boston Globe columnist Dan Shaughnessy ranked all seven championships during the decade and ranked the Bruins' 2011 Stanley Cup triumph as third, behind only the Patriots first championship and the Red Sox winning the 2004 World Series (breaking the "Curse of the Bambino").
Ten years later, the 2011 title team is remembered fondly by Boston fans and hockey fans alike for one of most unforgettable, gritty postseason runs in recent memory.

Can you think of a great moment from your team that we should feature? Send us a message @PlaybookProduct on Twitter or email us info@playbookproducts.com with a play you’d like to read more about!

I was stoked my brother got me two Mariners mugs for Christmas (the Mariners are a baseball team in Seattle). This is the perfect gift for an M's fan. Great product, microwavable/dishwasher safe, and the perfect size. Also honestly, they would just look good on a shelf/mantle as a conversation piece. I use King Félix' Perfecto every morning. Thinking about potting a cactus in the '95 one. Bless our blessings.

My boss originally got these as a Christmas gift. I liked them so much I decided to get another set for my dad. An awesomely unique and thoughtful gift